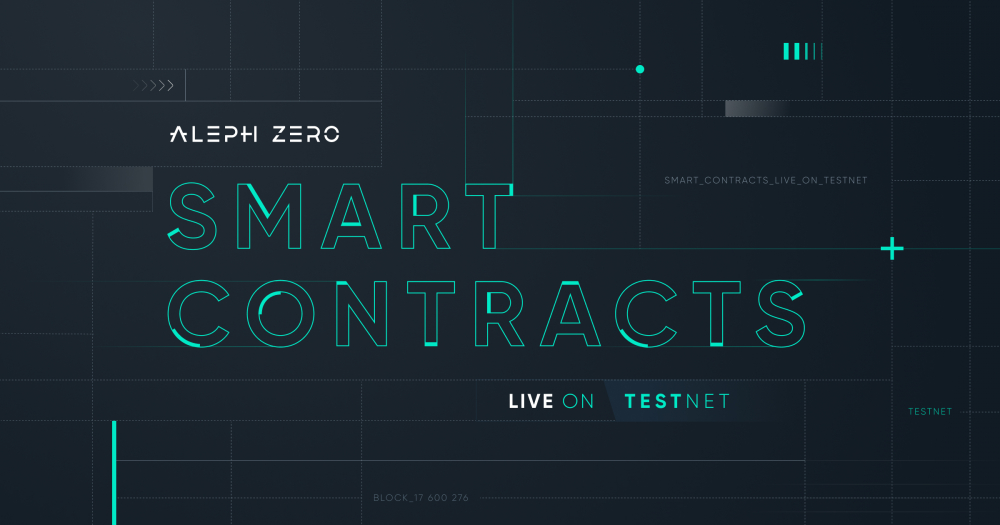 Today, the Aleph Zero Testnet has been successfully upgraded with several important features, including smart contracts, identity pallets, and the ability to establish the consensus via outside validators.

Smart contracts on the testnet

To start, you will need to prepare your computer for development in Rust and ink!—similarly to how you might’ve already operated with the Smartnet. ink! is an embedded domain-specific language (eDSL) for writing smart contracts in Rust which then compiles to Wasm code. Thanks to years of work by the Parity team, ink! is definitely mature enough to release interesting applications—albeit it won’t be as smooth of an experience as you might expect. The community should, however, expect significant improvements over time as the developments are occurring on several fronts and multiple teams are involved in the process.

As the smart contracts have been pushed to the testnet, the Smartnet will now be disabled.

Today’s update also takes care of the needs of Aleph Zero’s community validators as it opens the committee responsible for establishing the consensus for external nodes.

The committee rotation mechanism is also live. For each epoch, a large validator pool is fixed, and then a different committee is chosen for every session. A session lasts 900 blocks (15 minutes) and an era lasts 96 sessions (24 hours) ensuring frequent rotation of the committee. All the validators from the pool that has been fixed for a given era will be rewarded proportionally to their stake.

Adding the identity pallet to the Aleph Zero network will allow for human-readable aliases for accounts. In practice, it would allow for the validators to be named accordingly to their desires (Awesome_Validator instead of 5XXX_XXX), improving the overall user experience of the network.

We’re beyond excited to bring this important testnet update to you. Expect the changes to go live on the Aleph Zero Mainnet within the following weeks. 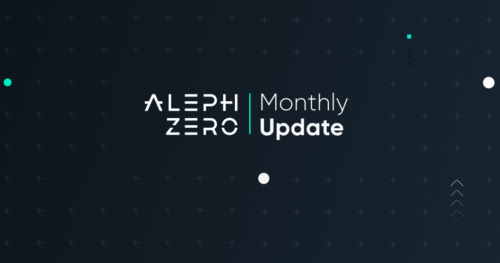 The last four weeks saw the Aleph Zero team hard at work, concentrating their efforts on the finishing touches to the smart contracts pallet, attending two industry conferences, and establishing three new partnerships. Smart Contracts Supported by Ink! v. 3.2  It was a very active month for the Substrate ecosystem, as versions 3.1 and 3.2 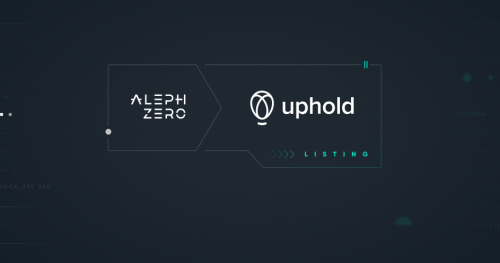 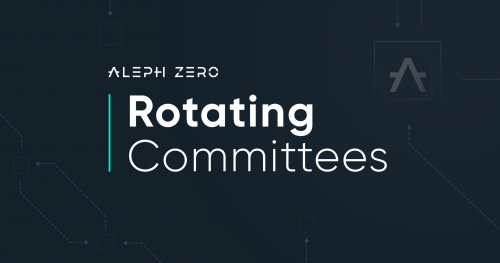 Now that staking is live on the Aleph Zero blockchain it’s time to embark on the next step of our voyage into decentralizing Aleph Zero—the introduction of rotating committees.  One of the most prevalent trends we can observe in the blockchain industry is the growing popularity of consensus mechanisms based on Proof-of-Stake (PoS). There are