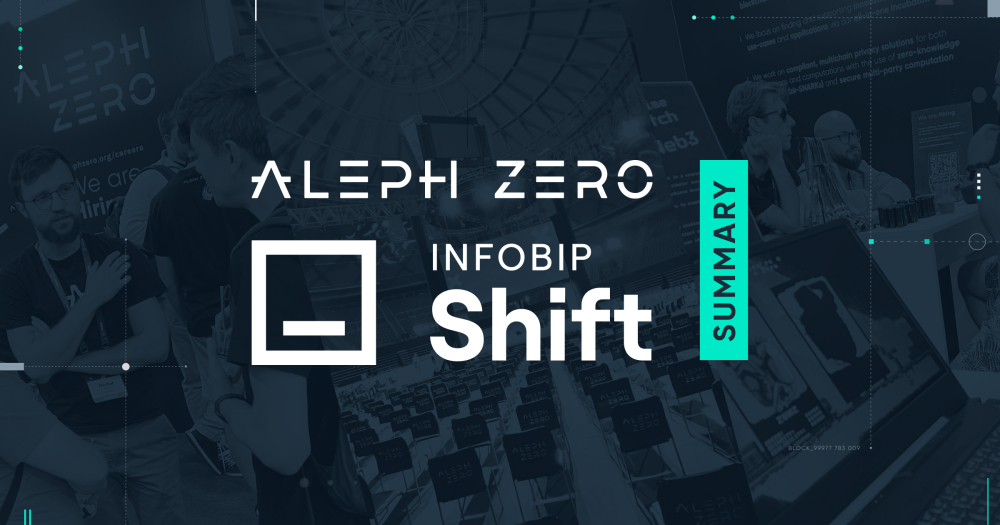 The Aleph Zero team just returned from Infobip Shift—hosted in Zadar, Croatia—a unique developer-centered conference that brought the best of Web2 and Web3 together for two days of lectures, workshops, and networking.

The first thing that struck us at Infobip Shift was the scale of the endeavor. Hosted in the beautiful seaside town of Zadar between the 19th and 20th of September, the conference brought together a who’s who of Web2 and Web3 entities. These included the likes of Google, Rapyd, T-Mobile, Near Protocol, and yours truly Aleph Zero. The conference boasted six stages, dozens of speakers, 4000 in-person attendees, and 10,000 virtual attendees. The event allowed us to meet both seasoned Web3 users interested in the Aleph Zero blockchain and fresh faces who were just tuning into the exciting world of decentralized ledger technology. Besides interacting with visitors at the Aleph Zero booth, we also had the privilege to present a keynote speech delivered by Adam Gągol and a smart contracts workshop hosted by Piotr Moczurad. Let’s take a look at the details of their respective presentations.

On the 19th of September, Adam Gągol delivered his speech titled “Transaction Privacy vs. Compliance – Technical Aspects of the Dilemma.” One of the most daunting challenges facing the blockchain space is the contradiction between blockchain’s transparent nature and the privacy solutions that have been introduced as a countermeasure but, in doing so, open up a whole new jar of worms that have proven to be problematic. This is most significantly a problem in light of the various regulations, such as those involving anti-money laundering policy and the world of crypto. An example of the questionable nature of current privacy solutions is the potential for them to be used for money laundering. This was the case with Tornado Cash, as North Korea’s totalitarian government used this cryptocurrency tumblers privacy solution to launder 600M USD. On the other hand, transparent blockchains are also problematic as they violate an individual’s right to privacy. So what can we do to get the best of both worlds? Where both confidentiality and legal compliance can coexist?

Throughout his speech, Adam Gągol sketched three models for ensuring user privacy. The first two models represented by Tornado Cash and Zcash make it virtually impossible to trace the path funds take and which users are partaking in transactions. The model proposed by Aleph Zero involves using our Liminal privacy framework that takes advantage of private smart contracts to interact with autonomous agents. A crucial element of this model is the viewing key that allows users to reveal the parties they are engaging with if requested, e.g., by a financial institution. This may still require users to disclose their funds’ provenance to authorities. Another solution to combat illicit activity is creating a collection of rules that must be followed for a transaction to be realized. For example, particular addresses connected with illegal activity can be blacklisted. Such a solution would require some sort of global oversight that would be difficult to implement.

Squarely aimed at developers, Piotr Moczurad’s workshop on smart contracts titled “Smart contracts in ink! A working programmer’s guide to the crypto industry.” The crash course was designed to inspire programmers to familiarize themselves with the benefits of Rust, ink!, and WebAssembly (WASM). Additionally, Piotr’s hand’s on approach helped them get their feet wet through programming an ERC-20 token humorously dubbed “Piotr Coin.”

In the presentation, we learned that ink! is an embedded domain-specific language (eDSL) used in conjunction with Rust due to its numerous benefits. These include Rust being:

Additionally, WASM functions as the compiler, bringing benefits such as its ubiquitousness, speed, and security to the table. This trio is the backbone of the Aleph Zero team’s ventures into the realm of smart contracts and has proven to be a highly efficient combination of tools.

As mentioned above, Infobip Shift delivered an impressive two days of networking and educational content that definitely placed it at the forefront of conferences occurring in the region. The prominent position of Web3 companies at the event, next to well-established Web2 giants, also proves that the work conducted by the myriads of teams worldwide working at building a new internet model is not in vain. We look forward to coming back again, bigger, stronger, and with new things to say about the future of blockchain technology. 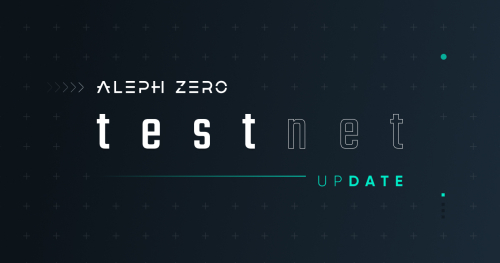 Work on the Aleph Zero Testnet never ceases to stop as we roll out another update that will benefit all users as we set our sights on removing inactive validators, ensuring better performance, adding a new layer of compatibility for consensus messages, and more. Removing Dead Validators  One of the crucial elements that make Proof-of-Stake 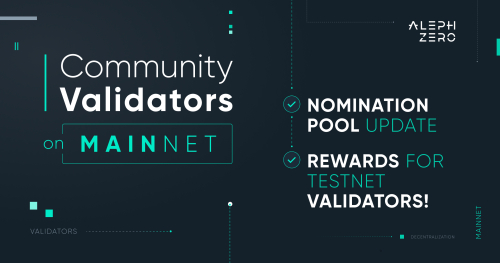 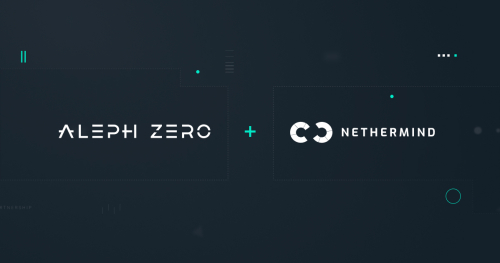 We’re excited to announce that a new partner has joined the journey of developing the best-in-class privacy framework—Aleph Zero’s Liminal. Nethermind will join Cardinal Cryptography, Aleph Zero’s core research and development team, in efforts to further build out the ZK- and MPC-powered privacy layer. With prior work executed for the Ethereum Foundation, Starkware, Aave, and