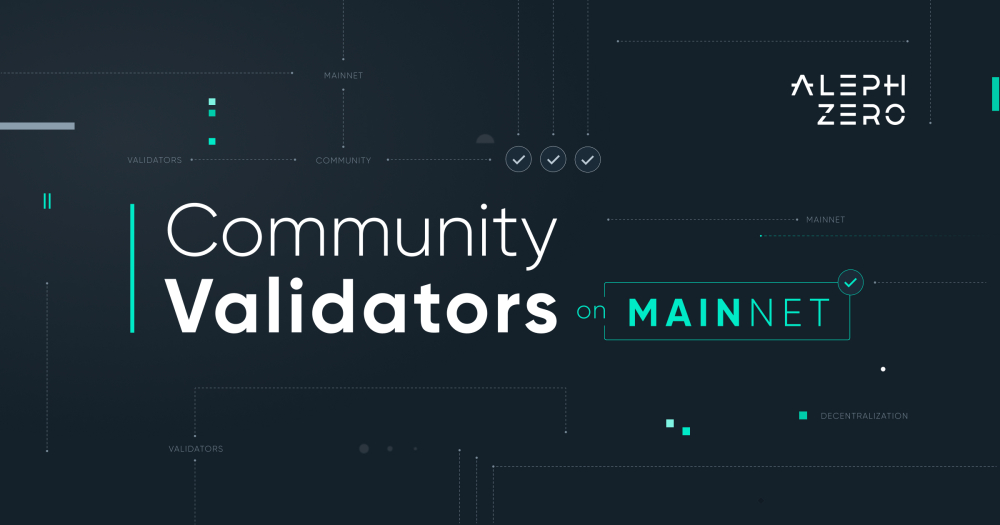 Come early December 2022, the Aleph Zero development team will introduce an update that will open the Mainnet to community validators—a significant step forward in decentralizing the Aleph Zero network.

The key concepts that Aleph Zero’s blockchain aspires to represent are decentralization, security, privacy, and scalability. It is with great pride that we announce that we have made a major step towards decentralization. After months of research and work, we are now confident in our decision to enable community members to take the first step in taking ownership of the Mainnet from the nodes run by the Aleph Zero Foundation.

The Mainnet will be opened in the early days of December 2022 to community validators allowing anyone who fulfilled the requirements regarding possession of the appropriate hardware and number of coins to begin validating and securing the network’s existence. We are looking forward to this day as we know that over 200 parties are interested and are grateful for the ongoing interest of the community in supporting this effort to create a decentralized future.

In preparation for this launch, we’ve put together several upgrades, which we will now briefly go over.

As we prepare for opening up the Mainnet to community validators, several essential improvements have been introduced that focus on keeping the block-producing committee healthy and active, as well as simplifying the experience of setting up your own validator node.

We have updated Aleph Node Runner to its newest iteration, which has made it “bulletproof” in the sense that it will now be nearly impossible to misconfigure your node. Additionally, our web wallet has gained a new functionality that gathers live information about the performance of currently active validators. You can find it here.

More advanced features have also been added to the Aleph Node. In the network layer, used by the nodes to communicate among themselves, we have implemented a new low-level component that makes sure all of the active committee members are able to communicate at all times. The update to the communication protocol now includes a message compatibility scheme that will ensure the network’s smooth functioning even if validators are using different software versions. The final update involves introducing improvements to the logic that is responsible for selecting committee members, giving it the ability to suspend malicious or misconfigured nodes.

While this milestone is just the first step on our road toward complete decentralization, we are immensely proud to be able to introduce it to you. There will be more to come that will radically change the structure of the Aleph Zero Mainnet as we slowly begin handing over influence to the community validators. Currently, the Aleph Zero Foundation will retain a majority on the committee, but it is only a matter of time before community members supplant the Foundation in this organization. We are thankful for the community’s support and faith in the project. We’re far from done, so keep a lookout for further news coming soon!

As you might be already aware, we’ve been working on introducing retroactive rewards for the Aleph Zero Testnet validators and are now ready to present you with the details. Our testnet validators will receive 300 AZERO per month for each month of Testnet activity (10 AZERO for each era of activity, to be exact). Due to regulatory constraints, the Foundation will need to geo-block specific jurisdictions such as the USA, China, Iran, Syria, and Russia. This round of rewards will be relevant only for the validators who joined up until the date of publication of this announcement; however, we also have something in store for newcomers.

There’s also a second round of rewards coming. After the community validators are live on the Mainnet, we will begin to incentivize mainnet validators to run and operate an additional testnet node. The Aleph Zero Foundation will be happy to incentivize this action by allocating ongoing monthly airdrops, details of which to follow after the December launch.

Thank you for your support—and let’s keep on going forward! 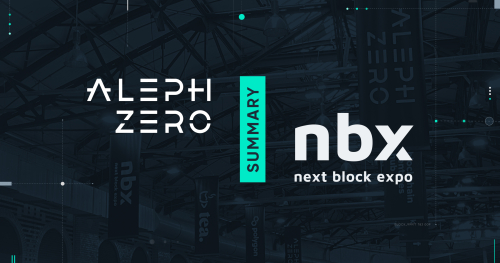 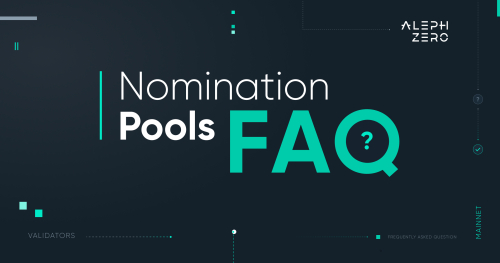 With the Mainnet successfully updated, we’re glad to present a deep dive into the frequently asked questions about the Nomination Pools. Learn about the changes introduced to staking and nominating validators.  Here’s a short recap before we dive into the questions! Community validators are coming to the Aleph Zero Mainnet on December 5th, 2022. In

It’s time for our monthly Aleph Zero development update, so let’s take a look at what’s been happening with ink! 4.0, the community validator mechanism, and Liminal—our long-awaited on-chain privacy solution!  Improving the Smart Contract Environment with ink! 4.0 Beta Around the Corner For the last few weeks, our smart contracts team has been occupied