Why Blockchain Is A Core Technology Of Web 3.0? 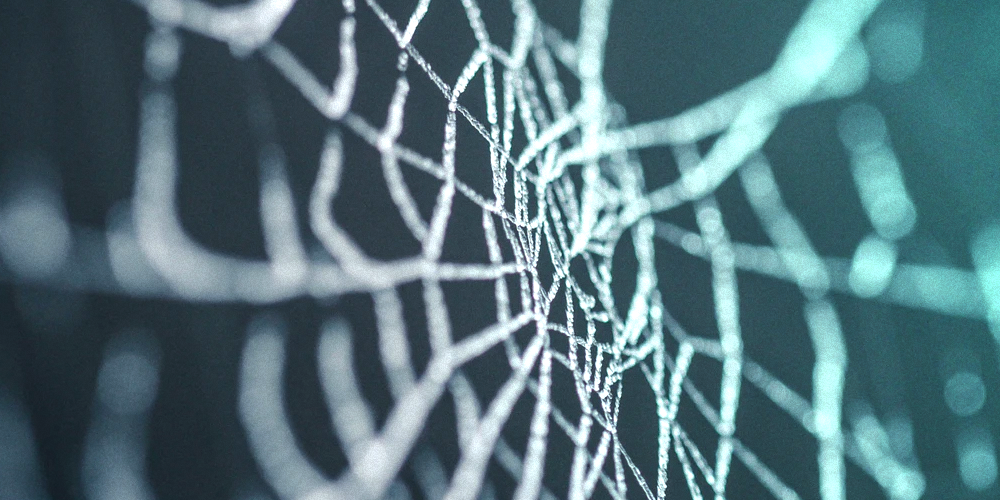 What’s so special about blockchain that backs up the claim about web 3.0?

Blockchain is often referred to as the new internet. This internet comparison is regularly used by blockchain enthusiasts to emphasize the sense of revolution that blockchain provides.

But is there any truth in this claim?

Actually, blockchain (and more broadly, DLT) is a new paradigm for connecting businesses and people in a shared and open environment using peer-to-peer technology. It is a core technology of Web 3.0, or the next stage in the evolution of the internet.

First, we need to get to know better blockchain and the internet.

What Is Blockchain All About?

For the purpose of this article, let’s say that blockchain is a type of ledger which is stored in the exact same copy on multiple computers called nodes.

If a new transaction is written onto the ledger, it’s impossible to change it–unless you control enough nodes to do that. The way the network operates also ensures that every copy of the blockchain is the same and this immutability and “synchronized decentralization” creates almost total security.

The more computing power the blockchain has, the more secure it is, as it’s harder to take over the network. And that’s why, although it’s far from perfect, Bitcoin’s blockchain is the most popular DLT out there – it’s the first permissionless network and has the most computing power securing it.

For non-technical people, it’s good to know the difference between blockchain and DLT. DLT stands for Distributed Ledger Technologies and it’s a broader term that incorporates blockchain but also other technologies that involve decentralized ledgers that are updated and replicated across all the nodes.

A blockchain is commonly used to describe DLTs and although using this term is not always factually correct, it’s already gone too far to stop the general audience from using it. There is a difference between the blockchain and a blockchain. “The blockchain” is often used by enthusiasts to refer to Bitcoin’s original blockchain architecture, but there are many blockchains in existence now, and there are distributed ledgers that are not blockchains.

Let’s dive a little deeper. Here are some key features of most DLTs:

Thanks to these features, blockchain allows building solutions for many businesses and use cases. Some are yet to be explored while those, for example, in supply chain or–more broadly–inventory management are already known.

How has the internet changed over the years?

When the internet first appeared to the public, it wasn’t well understood. It was a tool for geeks. There were even voices that said serious businesses won’t ever move to the internet. You already know how that statement aged–and it sounds similar to some comments regarding blockchain.

The Internet was a real revolution. At first, it was slow and required technical knowledge to use it. Now, it’s literally everywhere and with the introduction of 5G, it will become lighting-fast. What it did, was introducing a new way of connecting people and businesses. It was a way to gain and share information.

This is was Web 1.0. It was a “read-only” medium. Web 2.0 replaced it, introducing the “read-write” approach. It is an interactive medium of communication and information exchange. Think–if Web 1.0 is the business page, Web 2.0 is YouTube or Instagram with user-generated content and conversations over it.

The Web 3.0 we’re discussing here brings a new type of interactivity and personalization. It’s ultra-fast, omnipotent with the spread of Internet of Things, it provides us with semantic answers–so you won’t have to scroll through the search results but get relevant information straight away–and to do that it will use the AI.

And just as web 3.0 is more effective, it will also change the way people interact.

Why Blockchain Is the Core of Web 3.0?

Data consistency is a critical challenge here. Inconsistencies will lead to unpredictive analysis and logical discrepancies, effectively removing the whole value of web 3.0. The other challenge is the quality of data itself–what if the one entered is misleading on purpose? The solution to that problem lays in blockchain and modern cryptography.

Blockchain stands for data consistency but at the same time, it allows people and businesses to interact in a completely new way, directly and without any intermediaries. It’s exactly what the internet did. The sense of revolution that enthusiasts have is well justified–blockchain is either the evolution of the web or one of the core ingredients that will shape its next generation.

Although we’ve been hearing about the elements of web 3.0 for at least 10 years now, with the recent technological advancements, it might finally become a reality. Can blockchain and machine learning development speed up the shift? We believe so.

After all, they are its core ingredients. 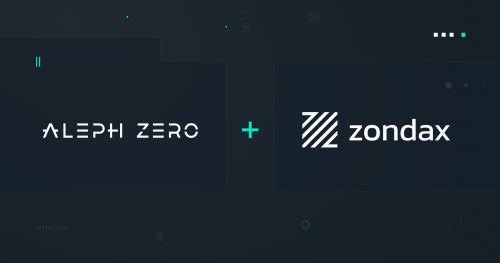 Zondax to Integrate AZERO With Ledger

Aleph Zero is excited to partner with Zondax to build a dedicated AZERO app for the Ledger hardware wallet. In this modern era, safeguarding your digital assets is of the utmost importance. This new frontline of ownership and value requires new tools and ways of thinking to ensure the safety of that which we hold 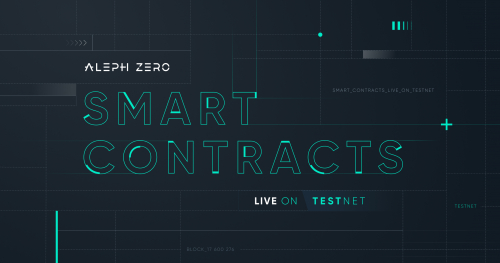 After a few months of hard work, we’ve managed to launch smart contracts on the testnet, inviting users to take part and experiment with the latest addition to the Aleph Zero network. Continue reading to learn more about the developments that occurred in June.  Smart Contracts, Community Validators, and Identity Pallets  As of June 22nd,