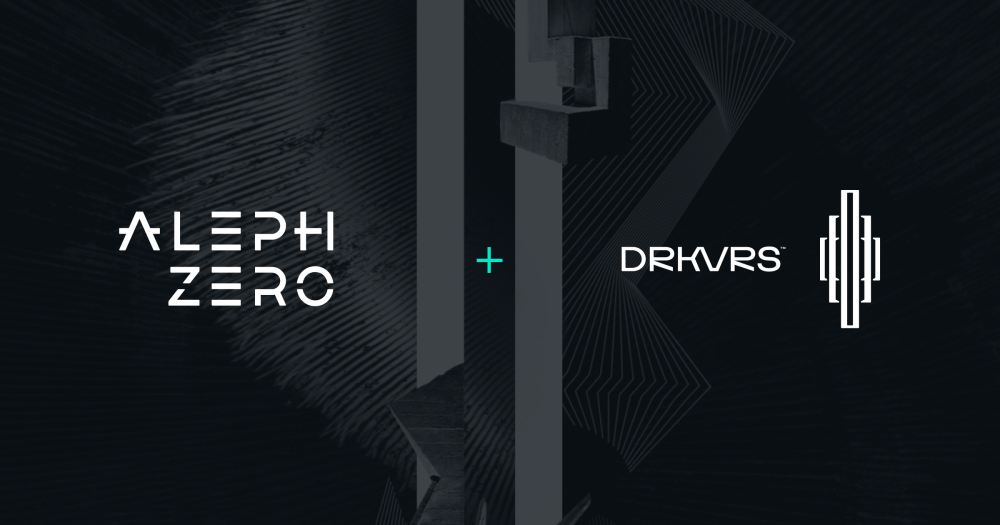 We are excited to announce that Aleph Zero is partnering with the DRKVRS initiative to bring an imaginative, mythologically rich metaverse to the broader crypto space.

Builders of Aleph Zero, a privacy-enhancing public blockchain, come together with an executive producer of an Oscar-nominated animation, award-winning science fiction writers, and experienced game designers to deliver a new metaverse, DRKVRS, and reimagine what the future of the metaverse will look like.

DRKVRS aims to be a unique experience for metaverse users as it will allow participants the opportunity to access the darkest recesses of their imagination in a safe and secure environment. Conceived as the antithesis of the candy-colored approach to the digital world, DRKVRS will be beautifully gloomy from an aesthetic standpoint.

The DRKVRS storyline takes the participant into the bowels of Leviathan, a cosmic beast that has been traversing the universe for billions of years, encapsulating entire civilizations within itself. Inside that mythical creature, users will explore the city of Babalon—a transhumanist dystopia serving as the central hub for players to interact with one another, advance the story, and pursue complex moral choices, including rated-R activities.

An essential part of the DRKVRS is that the possibility of betrayal will be built into any type of user activity. Therefore, multiplayer cooperation will be a constant Prisoner’s Dilemma. Is it more profitable to keep the alliance and eventually win more, or to break it, anticipating the other side’s betrayal?

You will show up in DRKVRS without knowing your future role or function. Belonging to a given faction will depend on the choices made during the narrative story. However, this does not mean you cannot change your role, or faction, during the game. You can make and break alliances; just like in real life. Players can form alliances and guilds with each other, name them, change fronts, and plot multi-level intrigues.

The fantastic universe will feature rich storytelling crafted by masters of the genre and creative producers.

The person responsible for world-building and mythology will be Łukasz Orbitowski, an award-winning writer, TV host, and game designer specializing in fantasy and horror.

Responsible for the creative aspect of the project will be Marcin Kobylecki, who served as the executive producer of the Oscar-nominated animated short film The Cathedral, directed by Tomasz Bagiński. His long list of credits includes, among others, the BAFTA-winning animated film Fallen Art. This short film was also recognized at the SIGGRAPH festival, and he was nominated for a Palmes d’Or at the Cannes Film Festival. Marcin Kobylecki also produced Paths of Hate, which found an audience at Comic-Con, during which it was awarded twice, while also receiving two nominations at the Visual Effects Society Awards.

Additionally, he also possesses experience in game design through his involvement with creating animations and cinematics for CD Projekt RED’s globally acknowledged productions: The Witcher and Cyberpunk 2077.

The world-building supervisor of DRKVRS will be Jacek Dukaj, the most renowned Polish science fiction writer. His story, The Old Axolotl, is currently being adapted into a Netflix series titled Into the Night. In the past, Jacek has won numerous awards for his writing, including the European Union Prize for Literature.

These talented makers will be crafting the mythology of the game and the storylines that gamers will be able to pursue as they explore the depths of DRKVRS.

We are incredibly excited that the team behind DRKVRS has decided to contact Aleph Zero as they begin their journey into building their Web3 reality and utilizing the network’s architecture and the upcoming privacy-enhancing features.

The metaverse has a dark side, but it’s not the bad behavior you might be thinking of. The real dark side of the metaverse is unlimited data harvesting impacting our privacy, security breaches, and constant stealing of sensitive information.

DRKVRS development aligns with Aleph Zero’s roadmap for the next two years. With bridges to other networks being designed and built as you’re reading this, DRKVRS users will benefit from enhanced liquidity, and the interchain privacy component will make the broader experience truly unique.

The core team of Aleph Zero will also be involved in assisting the DRKVRS team in designing both the economics of the DRKVRS world as well as the broader crypto experience. Together, we hope to bring a new level of quality to the Web3 space.

Stay tuned and see you on the dark side. 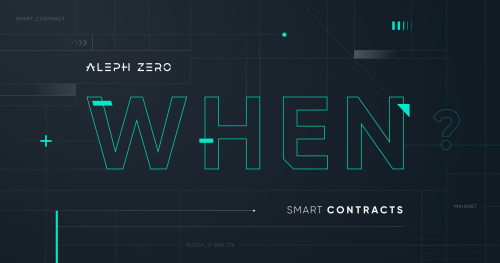 When Will Smart Contracts Debut on the Mainnet?

With over 1000 smart contracts deployed on the testnet and multiple use-cases and teams we’re in touch with—it’s high time for an update on what to expect in the coming weeks.  On June 22nd, 2022, smart contracts debuted on the Aleph Zero testnet. Since the launch, the network has amassed a noticeable number of users, 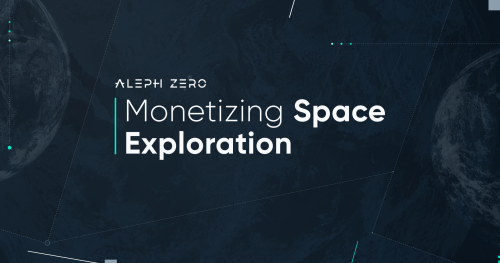 A new space race is upon us as the private sector enters the realm of space exploration, leading us to think about what role blockchain technology and Aleph Zero can play in this dynamically evolving industry.  One of the main hurdles that have always slowed down any attempt by humanity to research the cosmos involved